There’s no question that underwater welding is among the highest-paid welding occupations. It is a dangerous job requiring many years of experience and multiple certifications in several domains.

If you’re pursuing a career as an underwater welder, this guide can help you understand what salary to expect at each pay-grade and for various underwater welding specializations. 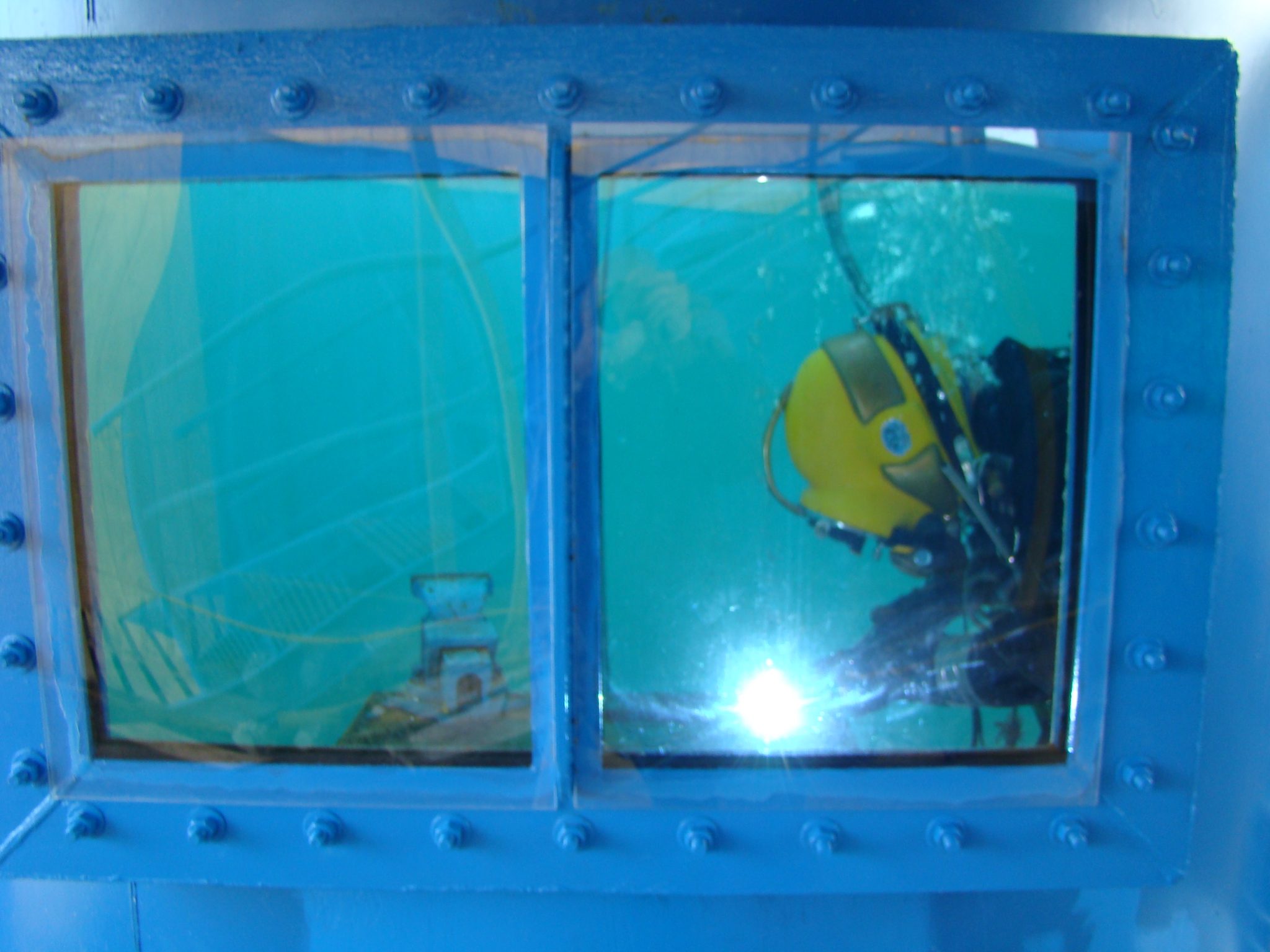 Underwater welding is in the rare and desirable job category that offers good pay yet requires little formal education.

Possessing a high school degree or a GED are the only requirements regarding education level, although having a college degree may be viewed as a desirable asset to potential employers.

Most of the requirements needed come in the form of experience and certifications.

It is essential to note that underwater welders are foremost commercial divers, requiring a Commercial Diving Certification and formal, AWS-approved training in underwater welding from an accredited dive school. You’ll learn to use equipment specific to underwater welding, such as special diving suits, underwater electrodes, or diving helmets with welding screens.

Because of the wide variety of possible tasks that diver-welders may perform, your job title will be commercial diver instead of underwater welder.

Underwater welding is simply one of the many skills and specializations you can possess as a commercial diver. 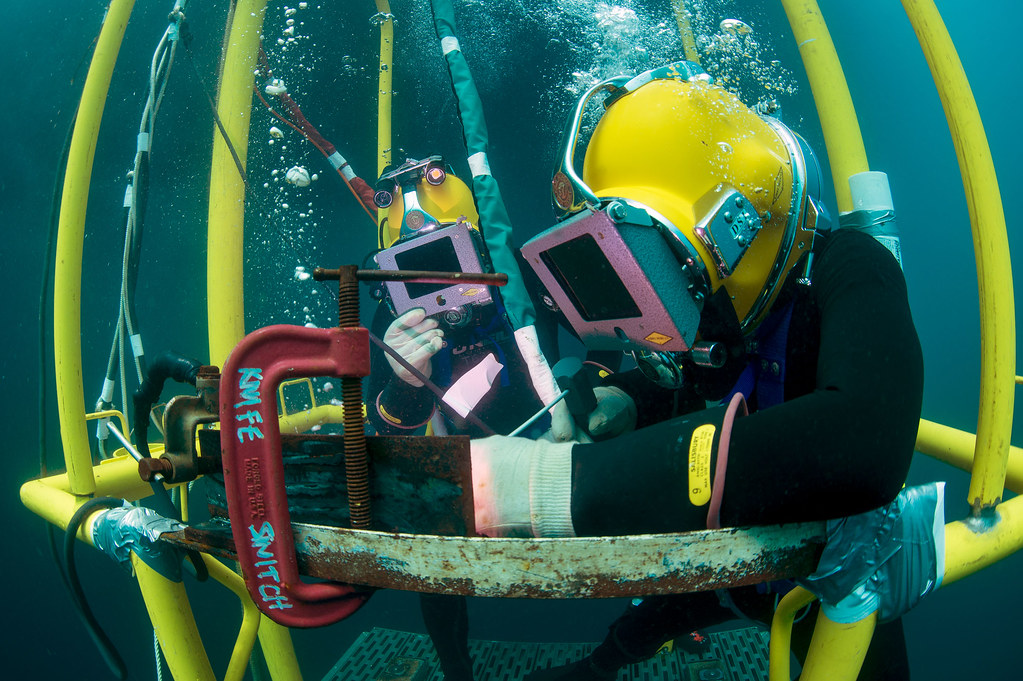 After completing all the necessary certifications and becoming a certified commercial diver with underwater welding training, the salary you can expect depends mostly on your work environment.

There are two major environment types: Inland and Offshore.

An inland underwater welder spends their time working in ponds, lakes, rivers, and other freshwater bodies, working on dams, bridges, water treatment facilities, and occasionally on pipelines and small watercraft.

Most inland commercial diving work is related to public infrastructure inspection, which is more common and scheduled more regularly than offshore work.

The expected yearly salary of an inland underwater welder varies greatly depending on experience level and certifications.

You can expect to work 40- to 45-hour weeks year-round, with the busiest months being in the winter and spring. If you’re willing to work overtime, you can expect significant pay boosts, upwards of 50% depending on the employer and available work.

These conditions may be a better deal for you if you have a family or prefer keeping your work relatively close to your residence. However, keep in mind that most divers must remain on-call for emergencies.

A rookie with freshly-minted certification will almost always start as a dive tender. Dive tenders are people above the surface whose job is to “tend” to the divers’ needs.

Tenders perform various tasks, ranging from the mundane to the critical. These tasks include helping diver-welders fasten their helmets, checking their diving knives and other equipment, securing straps and harnesses, or planning and reviewing emergency procedures with other team members.

It takes several years to graduate from a tender to a full diver. Earning your stripes as a diver eventually allows you to dive in immediately and perform the underwater welding tasks you’ve trained and become certified for.

In contrast with inland divers, who work with small teams, offshore diver-welders are just one element of a crew of several hundred people, all of whom must work together to ensure welding safety and success on the current job.

If the question you’re asking yourself now is “how much does an underwater welder make working offshore?” The answer depends on whether they’re a dive tender, a newly promoted full diver, or a veteran diver with several years of experience.

Dive tenders make the lowest amount of money, earning $41,500 on average, although the pay may vary significantly depending on many factors, such as employer, conditions, distance, and work depth. The lowest-paid dive tenders may bring as little as $18,000 per year, whereas the top 10% of earners may make $67,000.

Rookie diver-welders may expect $40,000 to $60,000 - not much more than they made as tenders; in some situations, they may even make less, as many project managers are more hesitant to put new divers to work.

Depending on the employer, the current project, the distance from home, and many other factors, it is possible for highly-experienced offshore diver-welders to make even more money.

Just keep in mind that these opportunities are rare and that only the very best and most respected in the industry make these kinds of figures.

Offshore underwater welding jobs are seasonal, with about 95% of work happening between April and November. Offshore work is virtually nonexistent outside of these months because of the extreme danger of working in the ocean in the winter.

During work season, typical work schedules consist of 2-4 months at sea, followed by 1-2 weeks of downtime before traveling to the next work site. Expect extreme amounts of overtime and individual work shifts exceeding nine hours.

Because of these conditions, offshore underwater welders rarely have a typical family life or social life, spending upwards of nine months per year at work. If you’re concerned about spending time with your family or having a typical work-life balance, this isn’t the right occupation for you.

Many offshore diver-welders choose to take the winter off outside of work seasons. However, others may instead turn to inland underwater welding or other seasonal jobs to bring more money home, such as vessel maintenance, metalworking, or construction jobs, allowing them to work year-round and make even more money.

Frank Wilson, or the “Elder Welder” as he is now known in his late middle age, has 23 years of experience in the welding industry, across every project imaginable. Pipe welding and underwater welding were his stock in trade for years before his partial retirement.